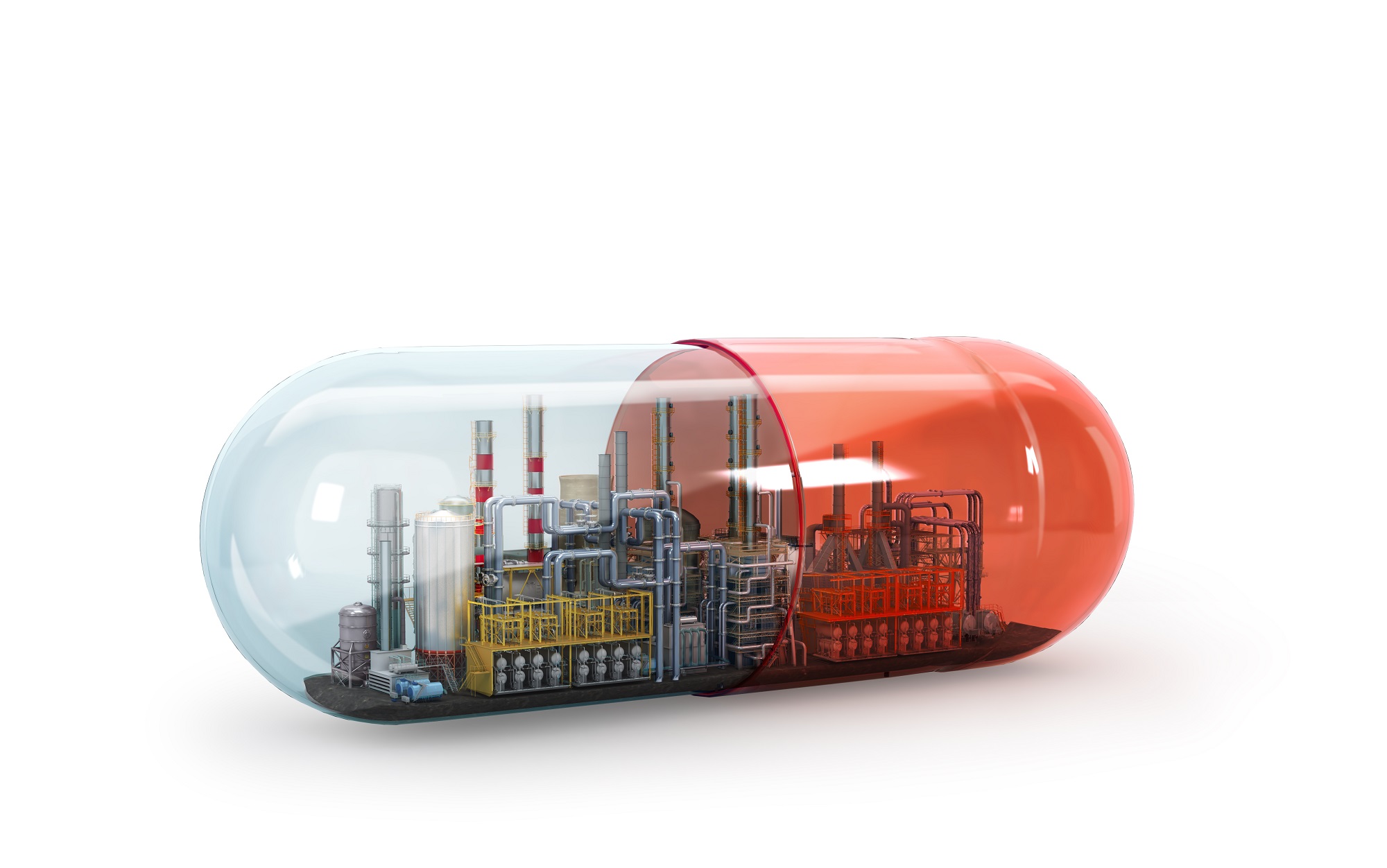 As giant firms change their appetite towards lump-sum contracts, there is a vacuum for smaller companies to take their places.

The oil and gas industry has not had an easy decade. From the drop of crude oil prices in 2015 to negative oil prices in March 2020, it is not difficult to understand why major EPC contractors like KBR and Fluor have begun to reduce lump-sum oil and gas projects and turn their focus on to more secure areas of their portfolios.

This creates a vacuum for smaller companies like Emveedo Energy, to try and fill the gap with a more flexible and efficient approach.

But what are the current main challenges for traditional EPC companies and in general, the oil and gas market?

Fluctuation of the oil price

Spring this year saw oil prices collapse to a historic and unprecedented low. On April 20th 2020, future contracts of West Texas Intermediate crude fell to a negative $37.63, meaning there were no more buyers for those contracts. Such a price anomaly was the result of both a decrease in oil demand due to COVID-19, and a dispute between OPEC member Saudi Arabia and non-member Russia, which led to a flood of supply. This increase in supply and decrease in demand caused a break in fluctuations of oil prices, as this “supercontango” overwhelmed the market mechanism. Despite OPEC+ making efforts to cut the output of its members to control the price, the market still sees the oil price as very vulnerable.

The coronavirus pandemic has massively impacted airlines on a global level leading to a significant reduction in the demand for aviation fuel which is derived from oil. Even after the pandemic has been brought under control, it may take a long time for demand to recover as businesses have successfully adapted to using video conferencing tools such as MS Teams during the pandemic and travel budgets will inevitably be under scrutiny in the post-Covid era. In addition, the public may be reluctant to participate in avoidable travel and it is likely that the tourism industry will take some time to return to pre-Covid levels.

A transition to clean energy

The decline in lump-sum projects for big companies is also a result of the gradual industry shift to clean and renewable energy. BP has said it wants to reach 50 gigawatts of renewable energy in its portfolio by 2030, investing billions of dollars in the process. This is following Eni’s recent commitment to cut oil production and set bigger targets for transitioning into clean energy. Eni has begun a new phase in the development of their business model for sustainability, their ‘Long-Term Strategic Plan’ to reach an installed capacity of 55 GW by 2050. These company initiatives are significant as they lay the groundwork for such a transition to clean energy, encouraging smaller companies to do the same.

Electric vehicles (EV) are another main driver of new energy and will result in a further decrease of demand in oil. As manufacturing and purchasing electric cars increases, the need for petrol and diesel cars drops, affecting oil prices. Recent trends in government initiatives across the globe have exacerbated such discussions, such as the UK’s recent 2030 ban on fossil fuel vehicles, putting them on par with other European countries, who have similar environmental goals.

The pandemic has played a huge role in this industry shift. While the abandonment of fixed-price energy projects was indeed inevitable, the coronavirus has nevertheless accelerated such decisions. A remote working culture has also exacerbated the discussions to a more technological approach. Companies have revamped their technological services to integrate more technology-led industrial services, driven by digital remote monitoring, and making their portfolios more expansive and efficient, yet remain sustainable.

The result: a business model that has to change

This uncertainty has resulted in larger companies behaving more conservatively in the oil and gas industry. These companies who are active in other industries, such as military and technological services, have begun to reduce the number of projects taken in oil and gas, changing their business model entirely, by reducing the dependence of oil and gas projects in their portfolios.

KBR is a good example of such a company, who have divisions for government services as well as technology. When CEO Stuart Bradie took over in 2014, around 80% of KBR’s business was in oil and gas, he told the Houston Business Journal last year. As of 2019, the Government Solutions segment accounted for about 70% of all of KBR. This is a result of a change in the business model. A review in August concluded that KBR is moving from a three to a two-segment business model, comprising its Government Solutions and Technology Solutions units and removing its Energy Solutions business from its portfolio.

Changes in business models can be seen across companies within the industry. Fluor has also reported a decision not to participate in competitively bid lump-sum projects. Instead, Fluor’s energy and chemicals business will now only carry out reimbursable or open-book lump-sum conversion engineering, procurement and construction (EPC) work.

A complete split from oil and gas?

This does not mean a split from oil and gas entirely. In fact, such instability in the oil and gas industry has forced big companies to adapt whilst still evolving as drivers of the energy industry, notably in areas regarding clean energy and sustainability. One of these industry developments is Carbon Capture and Storage (CCS), where a company will provide technical consultancy services for the capture of carbon dioxide (CO2), its re-injection and production of blue (carbon-free) hydrogen. Corporates are not the only ones driving this industry shift, but government initiatives and policymakers are also facilitating this change. One initiative is BP’s plan to lead a group of energy companies for two major UK carbon capture projects, with the aim to store half of UK’s industrial emissions beneath the North Sea from 2026. Such initiatives are aligned with the country’s aim to reduce greenhouse gas emissions as part of the Paris Climate Agreement and will be pivotal in the industry’s transition to clean energy, both for large and small technical consultancies.

A breakthrough for smaller companies

While these companies have been forced to adapt, there remains still an uncertainty in the oil and gas industry. What makes large companies vulnerable is the large overhead, affecting their competitiveness to win new projects. On the other hand, smaller companies have a smaller overhead as well as the potential to adapt quicker meaning they can better deal will fluctuations and uncertainty. This is almost identical to the birth of Fintech in the Finance Industry and the unique opportunity which arose for firms during the 2008 Financial Crisis. Companies like Emveedo Energy, therefore, have the capacity to be more fluid in their responses to industry fluctuations and crises.

Emveedo Energy started as an engineering and projects consultancy start-up in 2015 by co-founders with extensive experience working with M. W. Kellogg (KBR since 2010) and other corporates. Using the same strategy, which was implemented by Fintech companies, the Emveedo team started to work around old-style work practices and traditional approaches, which were inefficient because they depended on a huge overhead and workforce.

The working from home (WFH) culture has been introduced by Emveedo management right from the beginning in 2015, but clients and available tools were not completely ready for the transition. However, the COVID-19 disaster and global attention to WFH approach as the only viable solution has helped the required Technical tools to develop and improve the Emveedo approach towards a flawless practice, ensuring resilience to market fluctuations and adaptability to industry shifts.

Emveedo Energy remains optimistic and versatile in their capacity to adapt to industry fluctuations and transitions and to change the current uncertainties to unique opportunities.

Proud to Announce: Emveedo Energy is now ISO 9001 Certified!
Scroll to top
We use cookies to ensure that we give you the best experience on our website. If you continue to use this site we will assume that you are happy with it.AcceptRejectPrivacy policy