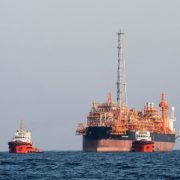 An official at the National Iranian Oil Company said negotiations with Denmark’s Maersk Group over the development of South Pars oil production project have not yielded positive results yet.

“Parallel talks have started with other multinationals to undertake the megaproject,” said Karim Zobeidi, the head of a special department at NIOC that oversees the performance of reservoirs, ISNA reported on Tuesday.

Pointing to the $7.45 billion deal between the French energy major Total and the Copenhagen-based giant that was concluded last month, Zobeidi said, “Because Total has purchased Maersk’s oil and gas business, we should follow the talks more prudently.”

Statoil makes UK oil discovery of up to 130m barrels

Oil prices rise on tightening supply, strong demand
We use cookies to ensure that we give you the best experience on our website. If you continue to use this site we will assume that you are happy with it.AcceptRejectPrivacy policy
Scroll to top